KNIGHTOR WINERY
Whats in a name?
The settlement of Knightor is first recorded in 1305, when it is spelt "Creghtyer". The name is Cornish and contains the elements crygh and tyr meaning ‘wrinkled land’. By 1699, Joel Gascoyne’s map of Cornwall records it as Nighter and depicts an important house with what appears to be two ranges and a tower, indicative of a grand building. The 1805 Ordnance Survey records the settlement as Nightor and by 1842, St Austell's Tithe Map documents the hamlet as Knightor. 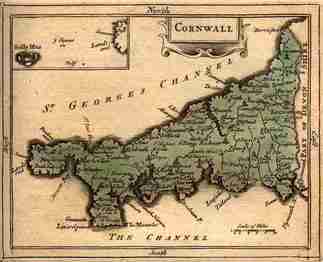 What was it?
Knightor Manor is the ancient site of a grand house which was demolished and rebuilt in the mid to late 19th century. Although the site and character of the demolished house is not known, many fragments of mullioned windows are built into the existing structure, demonstrating that this must have been an impressive, medieval or post- medieval house. The current farmstead consists of the dwelling and outhouses built on the site of a manor house that was destroyed but the remains of windows, a date stone of 1623 and other masonry of a similar date are incorporated into the main barn complex.
​
The main barn is a handsome example of typical late 18th or early 19th century, multi-purpose farm building, incorporating both a shippon and a threshing barn. It has been extended twice, with both extensions clearly incorporating material from an earlier building. The date of the extensions broadly coincides with the demolition of the earlier manor house and the construction of the 19th century farmhouse, present today. The barn is also believed to have formerly had a wing, which is likely to have been a horse engine house, jutting out to the west but now demolished. 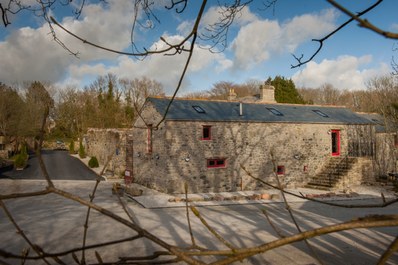 Who owned it?
This is very much a work in progress and we would welcome any help from people who know more about Knightor.
​Below are the more colourful extracts of what we have found:

The earliest record we have found is from 1305, during Edward 1's reign. We find Robert, son of John de Creghtyer, to retain a messuage and land in St. Austell, acquired of Oliver Olibon of St. Austell, Cornwall. It was clearly a part of the old manor of Treverbyn, alias Tre-verbin, “in this parish, was the voke lands of a considerable manor, long before the Norman Conquest, as appears from the Doomsday tax aforesaid (it signifies in Cornish the herb, rape, root, or navew town, famous it seems in former ages for those vegetables) from which place was denominated that old and knightly familly of Treverbins (who had their free chapel and burying place here lately extant, and of public use before the church of S Austell was erected; of which house was Walter Treverbyn, sheriff of Cornwall 1223, the successor of Reginald de Valletort 7 Henry III, who had issue Sir Walter Treverbyn, Knight, who had a daughter married, naed Katherine to Peter Prideaux, of Bosconnock, or Haccomb in Devon, and Trevannion of Caryhays, in whom the name, blood, and estate of those Treverbins ended. But Henry Courtenay, Marquess of Exon, and Earl of Devon, forfeited onemoiety of those lands to the crown br attainder of treason against that butcher of the branches of the house of York, Henry VIII ; so that the same is now in copartery between the King of England and Trevannion. And so ends the association of Courtney with Knightor, from a source obviously hostile to the Tudors, about the unlucky Courtney, whose family motto was “What is true is safe”.

Knightor later becomes a seat of the Trevannion family, who also held Gorran Castle in the late 16th century and later made nearby Caerhays Castle their seat. Elizabeth Trevannion, following Sir Henry’s death in March 1593, married on 20 August 1593, her cousin Sir Robert Carey (later 1st Earl of Monmouth) son of Henry Carey, 1st Baron Hunsdon and Anne Morgan. In his Memoirs Sir Robert writes of his marriage "… I married a gentlewoman more for her worth than her wealth, … Neither did she marry me for any great wealth, …" Sir Robert was a "favourite" and a courtier to Queen Elizabeth I and he writes that she was "mightly offended with me for marrying" however his father Henry Carey "was no ways displeased". Sir Robert Carey died on 12 April 1639.

His eldest son by Elizabeth Trevannion was Henry Carey, 2nd Earl of Monmouth (1596–1661). He was an English nobleman and translator born in Bolton, Lancashire. On 6 November 1652, Henry married Martha Cranfield, daughter of Lionel Cranfield, 1st Earl of Middlesex and Elizabeth Shepard. On his death, without a surviving male issue, the peerage became extinct.